Faces of Kansas City: V’s Italiano Ristorante an institution since 1963 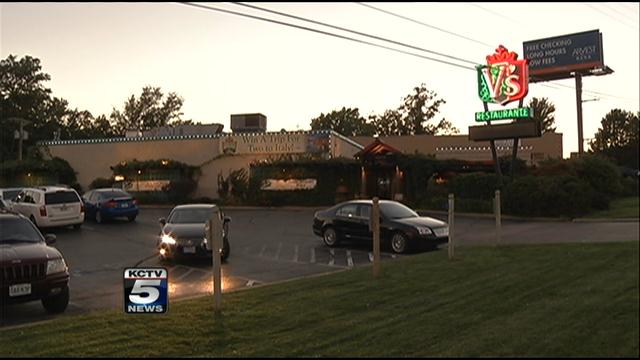 INDEPENDENCE, MO (KCTV) –In 1963 John F. Kennedy was in the White House, Lassie was a hit series on TV and the Beatles had just released the single, I Want to Hold Your Hand. That was also the same year a bold young woman had a dream about pizza.

Allison Leopold has been coming to V’s Italiano Ristorante, located at 10819 E. Hwy. 40 in Independence, MO, since she was a child.

“We came here for prom dinner and then my wedding was catered by them as well,” she said.

Doug McCormick has been a regular for years.

“They treat you like family and the food is terrific and the atmosphere speaks for itself,” he said.

It’s like a second home for Gerald Pence and his wife.

Some customers have been bringing their appetites to the restaurant for the last five decades.

“I would say at least 46 years,” said Betty Pinkerman as she stood with her husband.

And they all said that simple and tasty is what keeps them coming back all these years.

V’s Italiano Ristorante has been an institution in Independence since 1963.

“I went to the Blue Ridge Bank and I said I wanted to borrow money to open up a pizza parlor and he said, ‘Pizza, what’s that?’ They didn’t even know what the word meant,” Totta said.

She borrowed $1,000 to open up V’s and she’s been running it successfully ever since.

“I have wonderful employees that have been here for many years,” Totta said.

Many of them aren’t just employees, they’re family.

“I brainwash them young that it’s fun to work hard. (It seems to be working). Yes,” Totta said with a laugh.

Currently, nine of Momma V’s family members work at the restaurant, which explains why customers say they love it so much and the staff is like family to them.

After 50 years in business, most would think Totta’s earned the right to retire, but not Momma V. She’s at the restaurant every day.

“You have a reason to get up in the morning and you feel needed. Not that they can’t run this place without me because they do, but I enjoy being here because it’s very fulfilling to have your family around you,” she said.

To give you an idea of how things have changed since Momma V opened for business back in 1963, they have the original menu hanging near the entrance.

She charged 35 cents for a cold beer and a spaghetti and meatball dinner would’ve set you back $1.50.